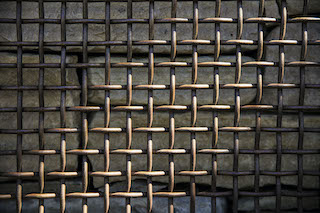 Anar Mammadov is editor of criminal.az – website that was blocked by the authorities in Azerbaijan in 2018. Mammadov was sentenced to 5.5 years of imprisonment with a two-year probation period on charges of anti-state appeals, abuse of power and official forgery in March 2019. The official cause of the criminal prosecution was the publication of news about the assassination attempt on the former head of the city of Ganja Elmar Veliyev.

On January 6, Mammadov was pressed with a set of new allegations facing arrest. The accusation comes from a woman, named Malahat Gurbanova. Mammadov wrote about Gurbanova’s legal battle with former Minister of Social Services earlier on. Gurbanova now, alleges Mammadov’s language used to describe Gurbanova in his coverage was slanderous and insulting. Mammadov refutes these claims in his defense adding, if anything, it is he who feels insulted.

Criminal.az is an independent website covering predominantly crime-related stories. The website was blocked by the authorities in 2017, along with a number of other critical and independent news websites. It later began operating under the criminalaz.com domain, which was also blocked shortly after.

*Criminalaz.com, Fia.az, bastainfo.az and topxeber.az were blocked in Azerbaijan after the prosecutor’s office claimed these news websites misinformed their audiences and shared news of provocative nature that were untrue. [Turan News Agency]

***Websites blocked since then are blocked for slander and spreading misinformation. At some point, an editor of the blocked az24saat.org was asked to remove four articles that mentioned Ali Hasanov, now a former aide to President Ilham Aliyev. Monitortv.info, which was among the blocked websites, also received a note requesting the removal of articles mentioning Ali Hasanov on the grounds these stories contained slander and lies. [Open Democracy]

At the time of the verdict against the journalist Mammadov, several international journalism organizations, and the OSCE Representative on Freedom of the Media criticized the court’s decision.

The New York-based Committee to Protect Journalists called on the Azerbaijani authorities to drop charges against Mammadov and pointing to the unfounded prosecution.

“Informing the general public about important events is what journalists do, and the authorities should support this work, and not punish reporters,” said Gulnoza Said, CPJ Program Coordinator for Europe and Central Asia.

In June 2019, the Baku Court of Appeal upheld the conviction of Anar Mammadov.

15 May 2019 – Mammadov summoned to the prosecutor’s office. This time the journalist was questioned over a story about the state oil company – SOCAR.

Meydan TV, an independent online news website covering Azerbaijan was also targeted. Although the website of Meydan.tv was blocked already in 2017, following the publication of stories about SOCAR, the website was heavily DDoSed.

9 July 2018 – Mammadov, questioned by the police. The journalist’s home was searched and his personal devices, including his laptop and phone, were seized by the police.

Mammadov was questioned after publishing reports on an attempt on the life of the mayor of Ganja, Elmar Valiyev, on 3 July.

24 July 2018 – Mammadov was summoned to the prosecutor’s office. The journalist was questioned about the publication of reports on the assassination attempt and was warned not to spread “investigative secrets”.