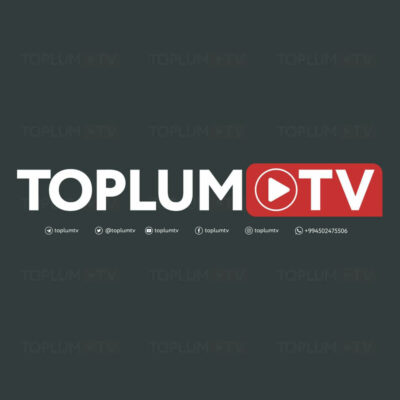 On September 16, Toplum TV, an online news platform had its Facebook page hacked. The hacker accessed the account by hacking one employee’s personal Facebook profile. As a result, the news platform lost 26k of its followers and two weeks’ worth of shared content.

In an interview with Meydan TV, the platform’s director, journalist Khadija Ismayil said this was not the first time Toplum TV was targeted with a digital attack.

AIW documented the previous attack in November 2021. At the time, the hacking occurred through an SMS interception. In another attack documented in September 2021, Toplum TV reported it lost 16k followers on its Facebook page.

Ismayil in a Facebook post said, there were suspicions that a similar attempt was made this time around. The admin team is investigating the origins of the hack.

On November 3, the founders of Toplum TV, an online news platform, said their Facebook page was hacked. Hackers(s) removed several videos, including one Toplum TV shared yesterday, which was a discussion with an opposition politician Ali Karimli. According to the founders who spoke to AIW, the hacker(s) accessed the page through another founder’s Facebook account, deleted videos, page likes, and changed the name of the page. At the time of reporting this story, the Facebook page was recovered.

Translation: This morning at 8.54AM local time, my Facebook account was compromised. The compromise was made possible using my personal mobile phone number. The hacker acquired access to personal information illegally. I only learned about what happened half hour later as I was stuck in city traffic, and had limited access both to my mobile phone and personal computer.  The compromise was made possible by intercepting an SMS sent to my mobile sim card. Meaning, messages sent to my mobile number, were used in parallel by technical supervisors overseeing the telecommunication system in accordance with telecommunication law. Having accessed my personal account [the hacker(s)] were able to access Toplum TV Facebook page, changing its name, [only] deleting archived videos of live debates with Popular Front and Musavat party leaders, and removing several thousand Page likes. Clearly, the reason behind what happened is political intervention. The absolute lack of tolerance to public debates on Toplum TV’s platform has reached such a level, that the perpetrators unafraid, have committed a criminal act prohibited by Articles 271, 272, and 273 of the Criminal Code. This compromise is an act of crime and a grave violation of freedom of speech, privacy, and security of personal data. I demand that serious investigation and preventive action be taken by relevant authorities working within the information security space.

Toplum TV encouraged its readers and followers in a tweet to support their page after hacking:

Translation: Toplum TV’s Facebook page was compromised and its name changed to their name “toplan”. To support independent media, like our Facebook page, and help restore deleted followers.

SMS interceptions are commonly used in Azerbaijan. Below, are a few excerpts from a recent report published by AIW in partnership with International Partnership for Human Rights on the topic:

The interception of SMS exchanges remains an acute problem in Azerbaijan. In recent years, scores of political activists, journalists, rights defenders, and independent media platforms have had their social media accounts compromised. In many of these cases, those affected have had SMS notification enabled as two-step verification (2FA) procedure for accessing their Facebook accounts. As a result, when their accounts were compromised, they were unable to restore access to the accounts relying on traditional troubleshooting steps offered by social media platforms such as Facebook. Thus, they were unable to retrieve password reset codes sent by Facebook by SMS as their messages were intercepted by the operators, only to be passed on to the relevant government bodies. This experience shows that mobile companies have been involved in many of these attacks. However, none of the operators have taken the blame, so far. The earliest example of SMS surveillance goes back to 2009 when 43 Azerbaijanis voted for Armenia’s entry in the Eurovision Song Contest through votes cast by SMS. A number of these people were summoned and questioned by the security services. In an interview with Azadliq Radio (the Azerbaijani service of Radio Free Europe/Radio Liberty), one of these televoters, Rovshan Nasirli said that the authorities demanded an “explanation” for his vote and told him it was a “matter of national security”. He told the service: “They were trying to put psychological pressure on me, saying things like: ‘You have no sense of ethnic pride. How come you voted for Armenia?’ They made me write out an explanation, and then they let me go.” The authorities did not deny that they had identified and summoned people who voted for Armenia, and argued that they were merely trying to understand the motives of these people.

Three years after the Eurovision scandal, an investigative documentary aired on Swedish TV called ‘’Mission: Investigate” revealed how the Swedish telecommunications giant TeliaSonera, which at the time owned a majority stake of Azercell, allowed “black boxes” to be installed within their telecommunications networks in Azerbaijan from as early as 2008. These boxes enabled security services and police to monitor all network communication, including internet traffic and phone calls in real-time without any judicial oversight. The exposure of these black boxes explains the type of technology the government was deploying already at the time of Eurovision in 2009. The investigation aired by Swedish TV also confirmed that wiretaps were used as evidence in politically motivated cases.

In 2014, an OCCRP investigation revealed how mobile operators were directly passing on information about their users to the respective government authorities. In a country where the government enjoys unprecedented control over the ICT industry and where some of the key players in the market such as mobile operators and ISPs are affiliated with the government or its officials, the findings of the investigation were not at all surprising. The 2014 investigation quoted the director of the Media Rights Institute, Rashid Hajili as saying that both mobile companies and ISPs were obliged to provide special facilities to the Ministry of National Security (MNS)91 for surveillance purposes in accordance with existing legal provisions as explained earlier. In the case of mobile companies, no court approval was sought to eavesdrop on the conversations and SMS exchanges of their customers – a common practice to this day. One of the first accounts of collaboration between mobile companies and the government is that of journalist Agil Khalil. In 2008, Khalil was working on a story about the alleged involvement of MNS employees in corrupt land deals. After taking photographs for the story, he was approached by MNS agents and beaten. The journalist escaped from his attackers and managed to take photos of them. Khalil filed a complaint with the police, and an investigation was opened but eventually dropped, without the perpetrators having been prosecuted or even identified. Soon after turning to the police, the journalist realized that he was being followed. When he filed another complaint with the police about the surveillance, police again failed to follow up. A few days later, Khalil was subjected to a new attack: this time, an unknown assailant stabbed and injured him. Khalil again turned to the police, accusing both the MNS and the mobile operator Azercell (whose services he was using ) of being responsible for the attack. He argued that the operator had helped the MNS to track down his whereabouts, thereby facilitating the attack. The involvement of Azercell in the case became more evident when the operator provided a local court, which examined the journalist’s complaint, with alleged SMS exchanges between Khalil and a man named Sergey Strekalin, who the MNS claimed was Khalil’s lover and had stabbed the journalist out of jealousy. When Khalil’s lawyer requested access to these SMS exchanges, Azercell refused, which called into question the authenticity of these messages. Khalil left Azerbaijan the same year after another attempted attack against him and the continued failure of the authorities to hold his assailants accountable. He took his case to the ECtHR, as a result of which the Azerbaijani government made a so-called unilateral declaration (an official admission) before this court in 2015 that it had violated Khalil’s right to life, freedom from ill-treatment, and freedom of expression and agreed to pay 28 000 EUR in compensation to him. As the government made this admission, there was no ECtHR ruling on the case.

In September, Toplum TV reported it lost 16k followers on its Facebook page. Facebook failed to explain how and why this took place.