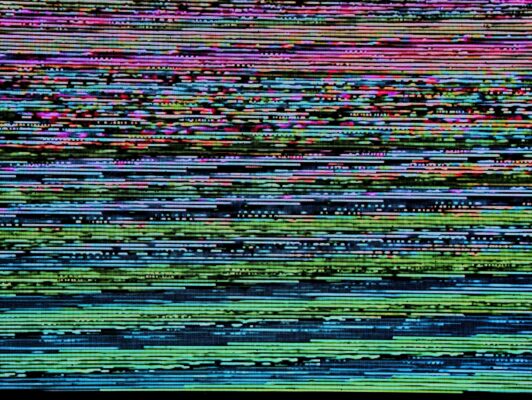 The Ministry of Digital Development and Transport blocked access to the Russian state-owned RIA-Novosti news site on June 3, according to reports by Azerbaijani media. In a statement issued the following day, June 4, the Ministry said the decision to block the Russian news website was a result of the news site running a story that was of defamatory nature against Azerbaijan.

According to Turan News Agency reporting, the Ministry statement said, “RIA Novosti violated Azerbaijani law On Information, Information, and Protection of Information.” Specifically, the statement was referring to an interview published by RIA Novosti with Artak Beglaryan, the Minister of State of the disputed territory of Karabakh. In response, Azerbaijan Foreign Ministry accused Russia of “spreading slanderous information against the territorial integrity of Azerbaijan and promoting separatism” and violating “the 1997 Agreement on Friendship, Security, and Strategic Partnership between Azerbaijan and Russia, as well as the 2022 Declaration on Allied Cooperation, which requires both countries ‘to refrain from any activity directed against the principles of the UN Charter and each other’s sovereignty and territorial integrity,’ as well as ‘counter the threats of separatism’.”

Since Russia’s invasion of Ukraine, both Russia and Azerbaijan have blocked or discussed blocking each other’s news sites. At the time of writing this post, at least six Azerbaijan news sites are currently blocked by the Russian internet regulator– Roskomnadzor.

According to Article 13.3.3 of the law on Information, Informatization, and Protection of Information, in cases of existence of a real threat to the lawful interests of the state and society or in urgent cases when there is a risk to the life or health of people, the access to internet information resource is temporarily restricted directly by the Ministry of Transport, Communications and High Technologies [former name of the Ministry of Digital Development and Transport]. This restriction is applied without a court order.

Read further on content regulation in Azerbaijan as per AzNet Watch’s most recent legal overview analysis.
Mehman Aliyev, editor-in-chief of Turan News Agency describes the recent tit-for-tat between Russia and Azerbaijan as tactical. “At present, media in Russia and Azerbaijan are controlled by the state. While they may have state or commercial statuses, it does not change their ‘affiliation’. Both Moscow and Baku expect loyalty not only from their journalists at home but also from the other side. They [states] do not accept criticism of the other side. Hance the blocking of Azerbaijani websites by Roskomnadzor,” writes Aliyev. He also notes that in May, a delegation from Moscow failed at reducing tensions regarding Russia Today [Sputnik.az is part of the Russia Today network but financed by Azerbaijan. Earlier the national legislators in Azerbaijan were discussing blocking access to Sputnik].


In an interview with AzerNews, journalist Gulu Maharramli said, the decision was “adequate.” “RIA Novosti, a Russian state agency, has repeatedly published articles and interviews against Azerbaijan, against the territorial integrity of Azerbaijan, and inciting separatism in Azerbaijan. They have been warned many times, but the latest information shows that the agency disrespects the territorial integrity and state independence of Azerbaijan in these matters. Therefore, it is very important to block such a website, and I think it is a very honest step taken by Azerbaijan, no matter how sharp it is,” said Maharramli.

This is not the first time, the Ministry of Digital Development and Transport has ordered the blocking of international news websites. In 2017, the Ministry ordered the blocking of Radio Liberty, accusing the news platform of “posting content deemed to promote violence, hatred, or extremism, violate privacy, or constitute slander” as well as a number of local and exiled news sites.

[Update June 13] According to Turan News Agency, on June 10, RIA-Novosti removed the interview however, the site remains blocked in Azerbaijan.

As of October 23, Azerbaijan blocked access to a number of pro-Iran websites. The decision follows a rift in diplomatic ties between Azerbaijan and Iran over the course of the past two months.

The blocking was first reported by journalist Elchin Alioglu via Facebook page. Alioglu also said that access to the religious video series spreading Iranian propaganda on YouTube was also blocked.

Here are some highlights.

The news websites that presented signs of blocking in Azerbaijan (between December 2020 to February 2021) include:

🛑 azerbaycansaati.tv – at the time of blocking azerbaycansaati.tv in 2017, the Government of Azerbaijan claimed “a number of articles published” by the news website “included calls aimed at ‘forcible change of the constitutional order,’ ‘organization of mass riots,’ and other illegal activities.”

🛑 www.24saat.org – a more detailed report about how 24saat.org was blocked can be found in this report, published by Qurium in 2017.

🛑 www.abzas.net – DDoS attacks against abzas.net commenced on January 12, 2017, and lasted for eight days. During five full consecutive days, the website remained inaccessible until it was finally migrated to VirtualRoad.org’s secure hosting infrastructure.

🛑 www.azadliq.info – as a hosting provider for azadliq.info Qurium published this report about initial signs of blocking against this online news platform. The website was attacked numerous times according to documentation and forensic reports by Qurium. The technology deployed in these DDoS attacks was Allot and Sandvine DPI gear.

🛑 www.azadliq.org – the news website which represents the Azerbaijan Service for Radio Free Europe, was blocked on March 27, 2017.

🛑 www.gununsesi.org – signs of DPI technology used in blocking gununsesi.org were once again documented by Qurium.

🛑 www.kanal13.tv – was among blocked websites in 2017 while its editor prosecuted [charges were dropped three years later.]

🛑 www.meydan.tv – was also among the websites that were blocked in 2017 together with azerbaycansaati, azadliq.info and others.

🛑 www.occrp.org – in response to the leaks about Azerbaijan Laundromat published by the Organized Crime and Corruption Research Project [OCCRP], the government of Azerbaijan suspended access to OCCRP’s website.

There is no official data on the number of blocked websites in Azerbaijan. The Ministry of Communication, High Technologies and Transportation has so far failed to provide accurate lists. This in itself is a violation of Article 13.3.6 of the Law on Information, Informatisation and Access to Information, which requests the Ministry to prepare a list of blocked websites if it has blocked access to a resource and the court upheld this decision.

In July 2018, the Prosecutor General’s Office launched criminal investigations against four news websites: criminal.az, bastainfo.com, topxeber.az and fia.az. The former two were accused of “knowingly spreading false information,” while the latter two were accused of “spreading unfounded, sensational claims in order to confuse the public.” Criminal.az is an independent website, known for its coverage of crime-related news, while bastainfo.com is affiliated with the opposition party Musavat. The latter two are run-of-the-mill online news websites.

In addition to the usual suspects, video streaming service Vimeo appeared to be briefly blocked during the testing coverage:

Several circumvention tool websites appear to have been interfered with in Azerbaijan during the testing period, as illustrated below:

The good news are that access to social media sites and apps was restored during the testing period. The following chart shows that while WhatsApp and Telegram were blocked in November 2020, both apps (along with Facebook Messenger) have been accessible in recent months:

How you can help?

If you are interested in contributing to these tests you are welcome to try the following instructions.