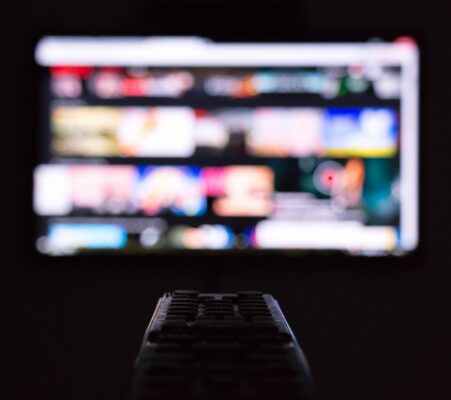 A recent conference organized by the Prosecutor General’s office in Baku on the recent violations of media legislation has raised eyebrows among civil society. On August 10, an event, titled, “Freedom of the Media and Information Security of Society under the Increasing Influence of Social Networks,” was held at the General Prosecutor’s Office.  Among the guests were representatives of pro-government and government media, as well as GONGOs. According to reporting by Turan News Agency, representatives of independent media or independent media experts were not invited and those who did attempt to attend the event were kicked out, violating Articles 25 and 5o of the Constitution.

During the event, Prosecutor General Kamran Aliyev said the Prosecutor’s Office was determined to continue taking measures against published content in the media as well as on social networks deemed harmful to national security, not corresponding to reality, and/or identified as violating the rights of citizens.

During monitoring, it was identified that during the publication of news in media, provisions of Article 14.1.11 of the Law on Media were not observed [Facts and events must be presented impartially and objectively, and one-sidedness must not be allowed].

In order to prevent cases of violation of socio-political stability, human and citizen rights and freedoms, a number of relevant persons were invited to the Prosecutor General’s Office and the prosecutor took measures.

The General Prosecutor’s Office repeats, in its appeal to media and social network users, that dissemination of unverified information that lacks clarificaition from the state institutions is unacceptable and holds one accountable according to existing legislation.

Among those in attendance, was the head of the Press Council, Aflatun Amashov, who proposed to set up a commission in partnership with the Prosecutor’s Office that would regulate the media. For what purpose remains unclear, especially when there is no legislation in Azerbaijan that gives the prosecutor’s office authority to engage on issues of media ethics, media professionalism, or content regulation.

In May 2022, AIW published a legal analysis about content regulation in Azerbaijan. At the time, an uptick in cases in which social media users faced punitive measures by the Prosecutor’s General Office for their online activism indicated that the Office has taken on a temporary role of taking measures against activists, journalists, and media within the scope of laws on information and media. But continuing involvement of the Office in handing out fines and warnings may indicate that in addition to punitive measures, there is a plan to introduce legal measures on social media platforms.

Khalid Aghaliyev, a media law expert, told Meydan TV in an interview that the most recent discussions are a sign that the state is mulling over creating a law to regulate social media platforms. Aghaliyev also criticized the proposal of the Press Council to set up a commission. Nowhere in the world, there are institutions set up to regulate media. “These issues are regulated by independent journalists’ unions and their recommendations. But in Azerbaijan, independent journalism and media are problematic. They must be free, in the first place to get used to regulating themselves,” explained Aghaliyev.

Similarly, the head of Azerbaijan Internet Forum, Osman Gunduz, in a Facebook post said, the event organized by the Prosecutor’s Office sets a dangerous precedent. “Such steps create risks for the freedom of the Internet, the development of social media, and freedom of expression in general,” wrote Gunduz.

Another media law expert, Alasgar Mammadli, writing in a Facebook post, criticized both the Press Council and the newly created MEDIA agency for failing to speak up at the event. After all, each of these institutions is responsible for reforms in the media, wrote Mammadli, and yet they could not say, “Dear Prosecutor’s Office, the functions in this area have been entrusted to me by presidential decree, do not interfere,” wrote Mammadli.