Azerbaijan ranked among the top countries where VPN services were in high demand last year between September and November during the 44-day war between Armenia and Azerbaijan. According to Proprivacy and NordVPN research “global events in 2020 have caused surges in VPN demand, as citizens from Belarus to Hong Kong set out to secure their online privacy and protect themselves from censorship and persecution for their online activities.” Azerbaijan was among the top ten countries where interest in VPN providers spiked in 2020. 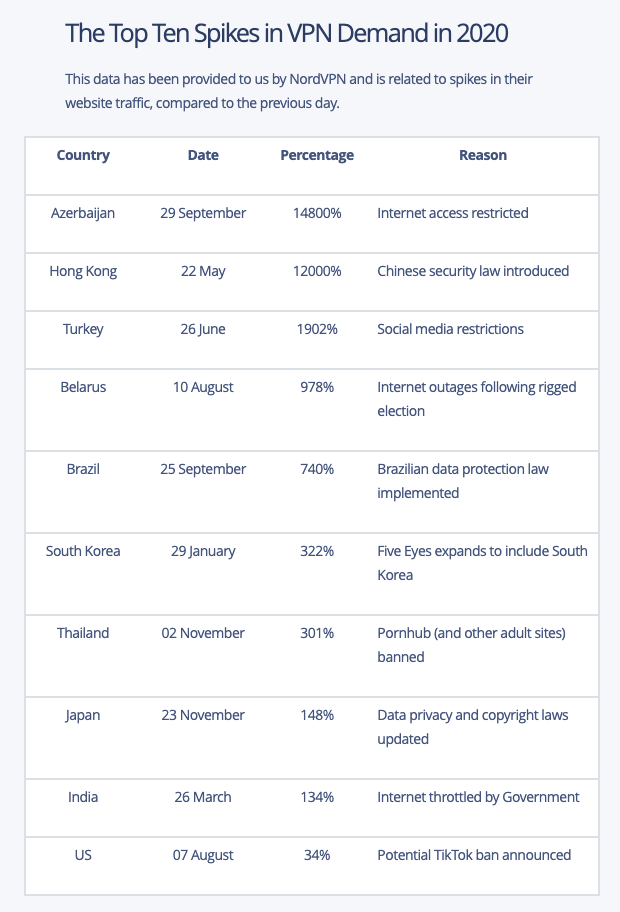 “In late September, as the violent clashes between Azerbaijan and Armenia continued to escalate over the Nagorno-Karabakh region, the Ministry of Transport, Communications and High Technologies of Azerbaijan took action to restrict internet access across the country. Extensive social media restrictions were put in place that took down major communications services, including: Facebook, WhatsApp, YouTube, Instagram, Twitter, Zoom, Skype, Messenger,” said the joing report.

In a different report Azerbaijan was once again among the top countries where the biggest increase of VPN usage was recorded. “On September 29, NordVPN saw online privacy tool usage increased by 148 times due to internet access restrictions,” said the report.

Not surprisingly, NordVPN, a Lithuanian by origin, was among the top targeted providers by pro-government media outlets, which said the service was owned by Armenians and therefore users in Azerbaijan should avoid using this provider.

Finally, Surfshark, analyzed 185 countries and their social media blocking practices from 2015 to the present day. There Azerbaijan is ranked among the most recent cases of social media blocking [Surfshark too was discredited by Azerbaijan media outlet as being allegedly owned by Armenians, even though the company is registered in BVI. You can check out it’s ranking here.] 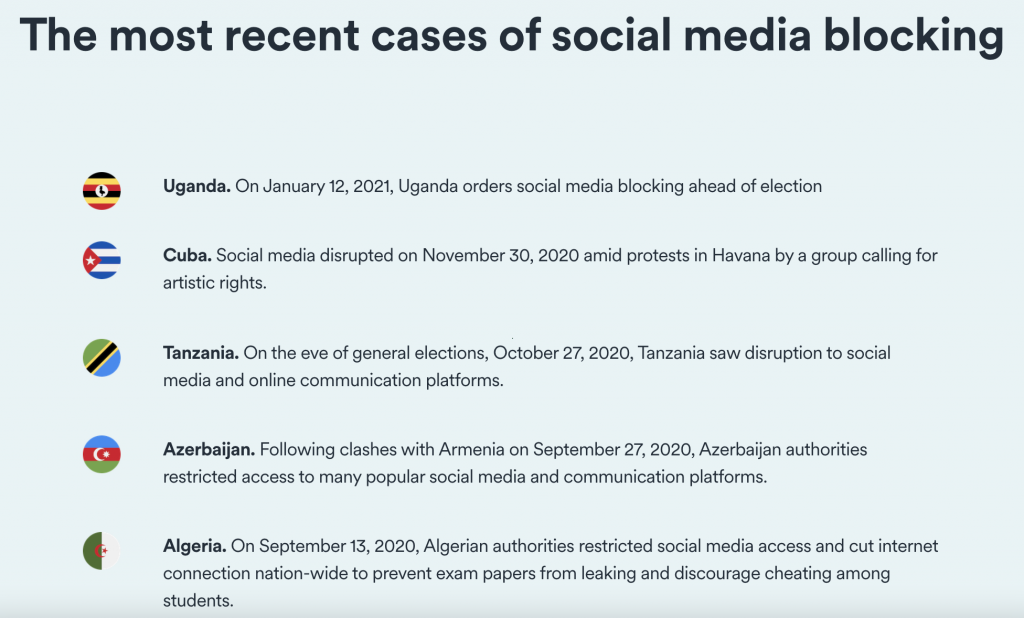 On November 10 Azerbaijan and Armenia signed an agreement to end the active phase of fighting. On November 12, the government lifted the blocking and access to all social media platforms.

For disruptions observed throughout the 44 days read this timeline. For the country ranking in Internet Freedom, you can read the most recent report on Net Freedom by Freedom House here.