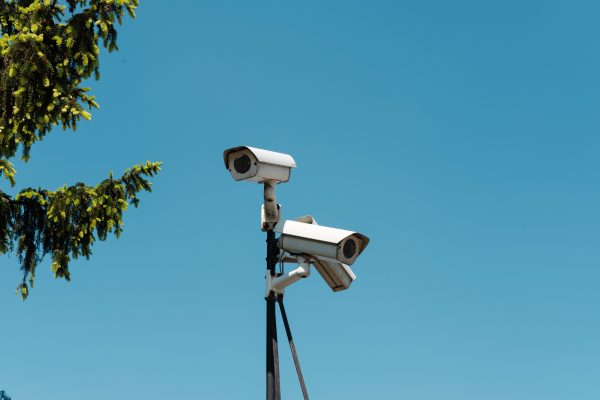 Bakthiyar Hajiyev is a political activist from Azerbaijan. In February 2020, AIW published this story about threats and intimidation Hajiyev was facing. Despite numerous requests made to the relevant government institutions to investigate, Hajiyev’s complaints remained unanswered. Instead, attacks continued. In September 2021, Hajiyev was reportedly threatened by Baku Police Chief Alekper Ismayilov over a Facebook post, in which the activist criticized the Ministry, specifically the Minister of the Interior, Vilayat Eyvazov for delaying a response to his complaints.

On April 21, 2022, two years after, Hajiyev’s initial reports of cyberharassment, physical threats, and intimidation, the activist was kidnapped, taken to an undisclosed location, and was forced to remove several Facebook posts under duress that criticized the Ministry of the Interior, including the minister himself, for failing to investigate his case and being the perpetrators of threats and attacks against him.

I was attacked by an unknown man on April 21, around 11 pm on my way home. That moment, 4 men, their faces hidden under masks, forced me into their car. They placed a black sack over my head, taping over my eyes and mouth over the sack, tied my hands, and inserted earplugs over the sack so I don’t hear anything. After driving for a while, the men switched cars [Hajiyev suspected that the men changed too]. When they finally removed the sack, I was in what looked like a bathroom of a flat. They proceeded to humiliate me by using foul language. They demanded that I tell them who ordered me to write Facebook posts that were critical of the Minister of the Interior. When I told them I received orders from no one, they stripped me naked and proceeded to urinate on me. They demanded I delete the Facebook posts about Vilayet Eyvazov [the Minister of the Interior] and Fuad Muradov [Chairman of the State Committee on Work with Diaspora]. I deleted them all […] They filmed the whole time. In the meantime, they continued to threaten me. They told me if I continued to criticize the minister, they would rape me, and murder me. After that, they tied my eyes again and got rid of me in an undisclosed location where I was handed over to another group of four men who drove for a while and dropped me off somewhere hands still tied, and eyes covered. By the time I was able to untie myself, they were nowhere to be seen. There was nothing in the location where they disposed of me […] What happened to me, is a state-level crime, mafia-like measures. I immediately informed several government institutions and officials. I was assured that the head of state is aware of the matter. I was also told that the Minister of the Interior himself was going to meet me. A few days later, I was taken to the Ministry of the Interior where I met with the Minister’s Deputy, Ismet Aliyev. But 10-15 minutes into our conversation, it became clear that there was no need to continue the meeting because they did not tell me anything new. “We did not beat you, we used physical force,” “American police is worse. We are treating you humanely like a citizen,” “police beats people who want to hurt themselves everywhere across the world,” etc.

Hajiyev reiterated in his post that everything that has happened to him in the last two years, including most recently, the beating at the Baku City Police Department is all, the doing of the Ministry of the Interior. And until they prove him wrong, and the perpetrators are punished, the responsibility will be on Minister Eyvazov. “For anything that happens to me from now on, it is on the minister and the person who appointed him,” wrote Hajiyev.

On April 24, Hajiyev attempted to review the CCTV footage from the street where he was kidnapped. In all the footage he reviewed, it appears parts of the recording – specifically the moment of his kidnapping – have been removed without the knowledge of the owners of security cameras. Describing this, Hajiyev wrote that the missing footage indicates “the crime was not committed by any criminal group, but by an organized, professional government agency.”

Earlier this month, Meta released its pilot quarterly Adversarial Threat Report. Among the countries mentioned in the report, is Azerbaijan where the platform said it has identified “a hybrid network operated by the Ministry of the Internal Affairs.” According to the document, this network relied on, what Meta refers to as, “Coordinated Inauthentic Behavior [CIB]” in combination with cyber espionage, “compromising accounts and websites to post” on behalf of the Ministry. The ministry’s press office was quick to dismiss the findings, saying the findings were fictitious.

*On April 28, Hajiyev was informed that the rotating security camera operated by the Ministry of the Interior as part of its “Safe City” system, was not rotating.