On January 14, Azerbaijan Internet Watch reported a mass phishing attack that lasted for about a week. At the time of the report, it was possible to identify that the attacks were coming from an IP registered to the Ministry of the Interior. Almost a month later, the Qurium media foundation continues its investigation into the identity of the perpetrator.

The user @man474019 is active on hacking forums anti chat and rdot, as well as on nulled – forum used by cybercriminals to trade and purchase leaked or hacked information.

The last time our man was on antichat was February 17, 2020, likely deleting some of the remaining posts and information.

There are only four entries left on antichat that are visible – can you spot the difference between his current profile and what was there before? 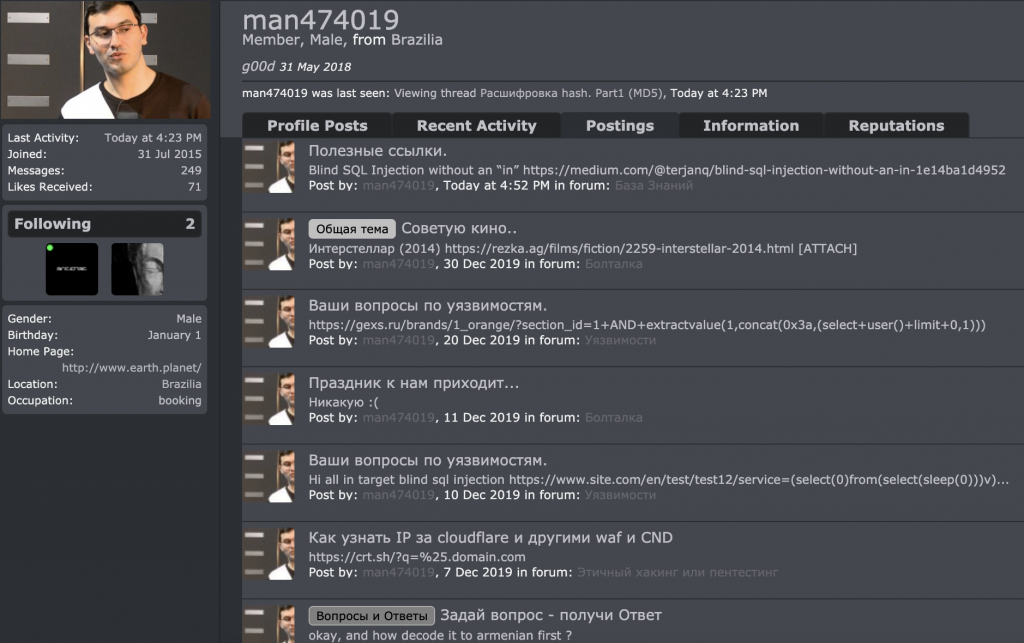 Our man has also removed his avatar. In an earlier report, the man in the photo was identified as Alibay Mammadov. Unfortunately attempts to reach out to Mammadov for a comment failed.

Man must have noticed the reports. And although he may have been busy removing traces, they have already been well documented.

As we were expecting 🧐sandman4812av to delete his github account once the forensic report was released we made a backup copy.

The search for the man and his likes continues.

Journalist fined in a midnight trial